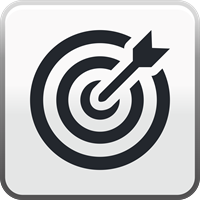 The Güteschutzverband Betonschalungen Europa e.V. (Quality Protection Association for Concrete Formwork) was founded in 1992. The main objective of the association is the development of rules applicable in Europe for the construction, dimensioning and use of concrete formwork as well as the promotion of partnership relations between formwork users and formwork suppliers. Associated with this is the further development and quality assurance of formwork technology, including occupational health and safety. The members of the association are mainly recruited from reputable system formwork and scaffold manufacturers, from suppliers of the system formwork manufacturers, from manufacturers of products that are directly used in connection with concrete formwork and scaffolds, from a smaller circle of formwork users as well as from scientific institutions from Europe.

Following the main objective, rules, guidelines and informational booklets for the design, dimensioning and application of concrete formwork are developed and published within the framework of the association. Participation in the development of national and international standards is of particular importance. Another important focus is the participation of the GSV in the development of rules in the field of occupational health and safety.

With regard to the complex of quality assurance, requirements for the GSV mark are defined within the scope of the association's purpose. The association awards the GSV label to applicants who fulfil the defined criteria. The association or a person or institute commissioned by it is also responsible for monitoring the GSV mark users. The GSV mark may only be used by members of the Güteschutzverband Betonschalungen Europa.

For some time now, the GSV has dedicated its work to digitalisation in the construction industry. Particularly intensive is the cooperation with the relevant associations and organisations such as the VDI and buildingSMART for the method development of Building Information Modelling (BIM).

The GSV maintains intensive links with international organisations and is co-organiser of the periodic International Conferences on Formwork and Scaffolding.

Chairman of the Board